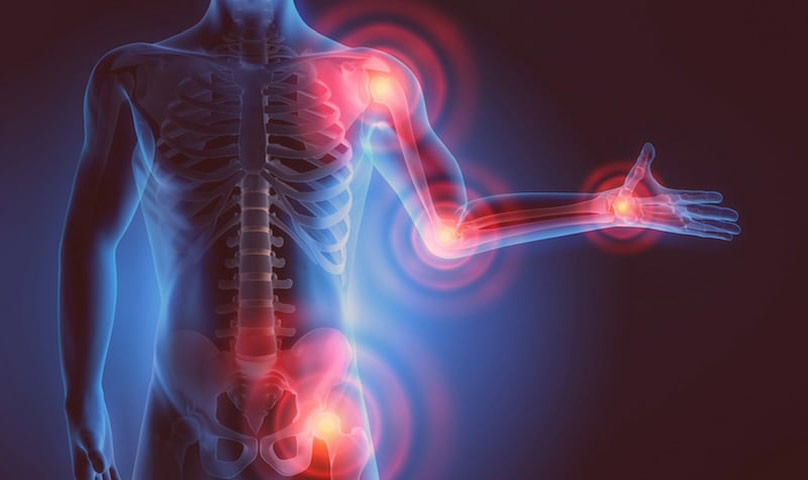 Derangement of functions within the body may occur due to multiple causes like diet, lifestyle or environment. The resultant disease may manifest itself in a gradual way. In the initial phase there may be an absence of symptoms. At a later stage there may be complex manifestations involving more than one organ. The illness may become chronic or of a long-standing nature.

One such affliction is vatarakta(gouty arthritis), a condition caused by vitiated vata and rakta.Vatarakta can be defined as a condition in which the aggravated vata is obstructed in its course by an aggravated rakta, thus vitiating the rakta.

The subsequent association of vitiated vata and vitiated rakta is manifested as a disease called vatarakta. The site where vatarakta manifests itself are the hands, feet, fingers including toes and all joints.

In the initial stage, hands and feet are affected .the illness then spreads to all other parts of the body because of the fluidity, mobility and subtle pervasive nature of vata and rakta. While they move through the blood vessel, they get obstructed in the tortuous nature of the course in the joints, the morbid matter gets lodged there.

Being localized in the joints, they get further associated with pitta ( kapha and vayu aggravated because of other etiological factors) and produce different types of pain characterized by the nature of these elements. Therefore Vatarakta, a health problem representative of metabolic disorders characterized by changed lifestyle, diet, environment etc. results in pain in all joints which becomes unbearable for the afflicted person . This can be correlated to gouty arthritis.

This classical sign of vatarakta mentioned in Ayurveda texts is pain especially in the small joints characterized by a shifting and recurrent nature. The pain may originate from either pada( foot) or hastha ( palm). Any condition that exhibits this sign, irrespective of the empirical cause for it, is diagnosed as Vatarakta.

While bio-medicine has an empirical approach to defining a disease taking into account objective parameters like a specific laboratory or radiological parameter. Ayurveda defines a disease as perturbation of vata, pitta, and kapha in an individual from his or her homeostatic state enabling it to tailor a therapeutic regimen suited to the individual physiology.

Clinical symptoms: General symptoms: pain is the most common and predominant symptom oresent in this disease. Though initially joints of the hands and feet are affected, in later stages it spreads to other parts of the body.

Besides this seka (sprinkling), Abhyanga ( massage), Pradeha (application of paste) should be adopted .

Food  lifestyle to be avoided for gouty arthritis ;